For Services and Resources in French Polynesia

The Tahiti Cruisers Guide is brought to you by Julien Desmont from Xperimental and Chuck Houlihan from Jacaranda. Starting as an idea based on the very successful Panama City Cruisers guide, it has evolved into 200+ pages of information on vendors and services throughout French Polynesia. In January 2018, we added GPS coordinates and links to Google Maps to assist in locating businesses.

Especially thankful to John (SV Mary Ann II) and Steve (SV Ocean Star) for their huge effort in supplying a vast amount of information for the guide.

The guide is a community effort. Updates and new additions are greatly appreciated. If you find the guide useful or find something that needs updating please drop us a note at tahiticruisersguide (AT) gmail.com

VHF is NOT usually monitored.

There are no reservations except for the ARC.

This modern marina with floating docks is very affordable in the, summer months 1st November to 31st March.  The cost for a 10 meter vessel ( they use your registered length so bowsprits don’t count) is $81 a week.  A 12 meter boat is 9763xpf in 2017. Winter rates 1 April to 1 Nov are 2.4 times higher ( 10 meter boat $195  a week.) Slips in the winter are not always available. The electric and water are metered with modern prepaid card (240 volt only.) In the heart of the city it has security and of course hot showers and laundry.  Best of all in the summer months an air-conditioned lounge with free Wifi.  Staff are very friendly and helpful. In a strong westerly the swell through the marina requires vigilance with fenders and dock lines.  In El Nino year one would need to have a well considered backup plan to stay here in FP summer.  Some pluses include the food trucks a very short stroll away and Monday night half priced beer at the microbrewery. Champion supermarket is a ten minute walk and there are English movies on Thursday night.

5-19 S/V Nehenehe
Papeete Marina: We were here fore two weeks. We have an over 26 foot wide trimaran that is usually hard to find a space for at any other marina. We were easily accommodated here. They have numerous multi-hull width slips. The staff is fantastic, they were unreal... We love them. Unfortunately the marina is currently under major construction that will last at least another six months. They had very little in the way of facilities because everything is torn up or fenced off for construction. There was NO Internet; the airconditioned lounge does not exist, one small washing machine (1,000 francs) that 55 boats were lined up to use (two machines were broken the entire time we were there), one dryer. The docks are very high quality. The marina is less than 60 feet from the downtown activity and was a lot of fun to be in. However, I found it slightly awkward that there is a 300 foot walk outside the marina - along the main boulevard in town - to reach the showers and bathrooms. We saw no evidence of theft while we were there but just previously....our liveaboard neighbor had parts on his bike stolen while locked up at the bicycle parking area just inside the locked entry gate. The old night time guards were all fired and they recently have a new guard agency that is doing a much better job. Really enjoyed ourselves here and highly recommend them, especially once the construction is completed. (we are glad that Marina Taina would not accommodate trimarans). It looks like things will be amazing after construction is finished. I would currently rate them a 7 out of 10.

>>>>>>>>>>>>>>>WARNINGS<<<<<<<<<<<<<
9-18
Be sure to lock yourself in your boat at night. We were boarded and robbed of cash, cell phones and other smaller items on September 27, 2018 while we were sleeping. Only after this happened were we made aware of several other boarding's and robberies as the owners slept. The police and marina staff are not helpful in this regard. The security guard does NOT have a radio so there is no way of contacting them in an emergency. If you have an emergency on board I suggest you call the Port Authority on channel 12 for assistance, it is their Marina after all.
SV HEDONISM
---------------------------

9-18
Add us to the list.  We were boarded and robbed in the same manner at Papeete marina 2 weeks ago.  We were on the semi circular dock in front of the office.
I am a very light sleeper but didn’t wake up.  I am shocked a the bravery and apparent skill of this criminal.
After looking at how run-down marina Taina is and how far away it is from all the real chandleries and shopping we will still be using the Papeete Marina when we need a marina. We will be more careful though.
The criminal took a GoPro, cash, and an iPhone.  He left two iPads and three computers that were sitting there.
Jon
SV Caesura
-----------------------------
10-1-2018
FYI, yet another boat was robbed last night. That makes 3 in two weeks. All three were not locked. The robbery last night happened before 10:30 p.m. when the owner was at dinner. In the case of the other two, the owners were asleep on board when the robbery took place. Yet another boat reported hearing a person on deck in the middle of the night, but was not robbed. Rick on Airborne found a guy crouching behind the pilling at the end of his finger dock at about 10:00 p.m. one night who claimed he was fishing. He had no fishing gear with him and took off immediately. Tall, slim, in his 30s or 40s. Maybe not Poly, Rick wasn’t sure. The stuff that was taken was limited to cash and electronics (cell phones, portable speakers, laptops, etc.). All three boats were monos moored bow to the dock. We are always locked and have had no problems. The marina staff basically say it’s not their problem. The “security guard” does not carry a VHF. The police say there is not much they can do.

11-18
Another robbery where the vessels main door was closed but the adjacent window was open for air. Thief reached thru the window and unlocked the door. Items stolen: unkown

12-18
Reported a vessel was boarded while a young couple with 2 childern were sleeping and a number of items were taken. The boat was NOT locked up while the family was sleeping.

This seems to be a common occurrence with this marina. Fenced and guarded does not mean safe. Multiple thefts over the past 3 years. Please always lock up when leaving the boat and while sleeping. 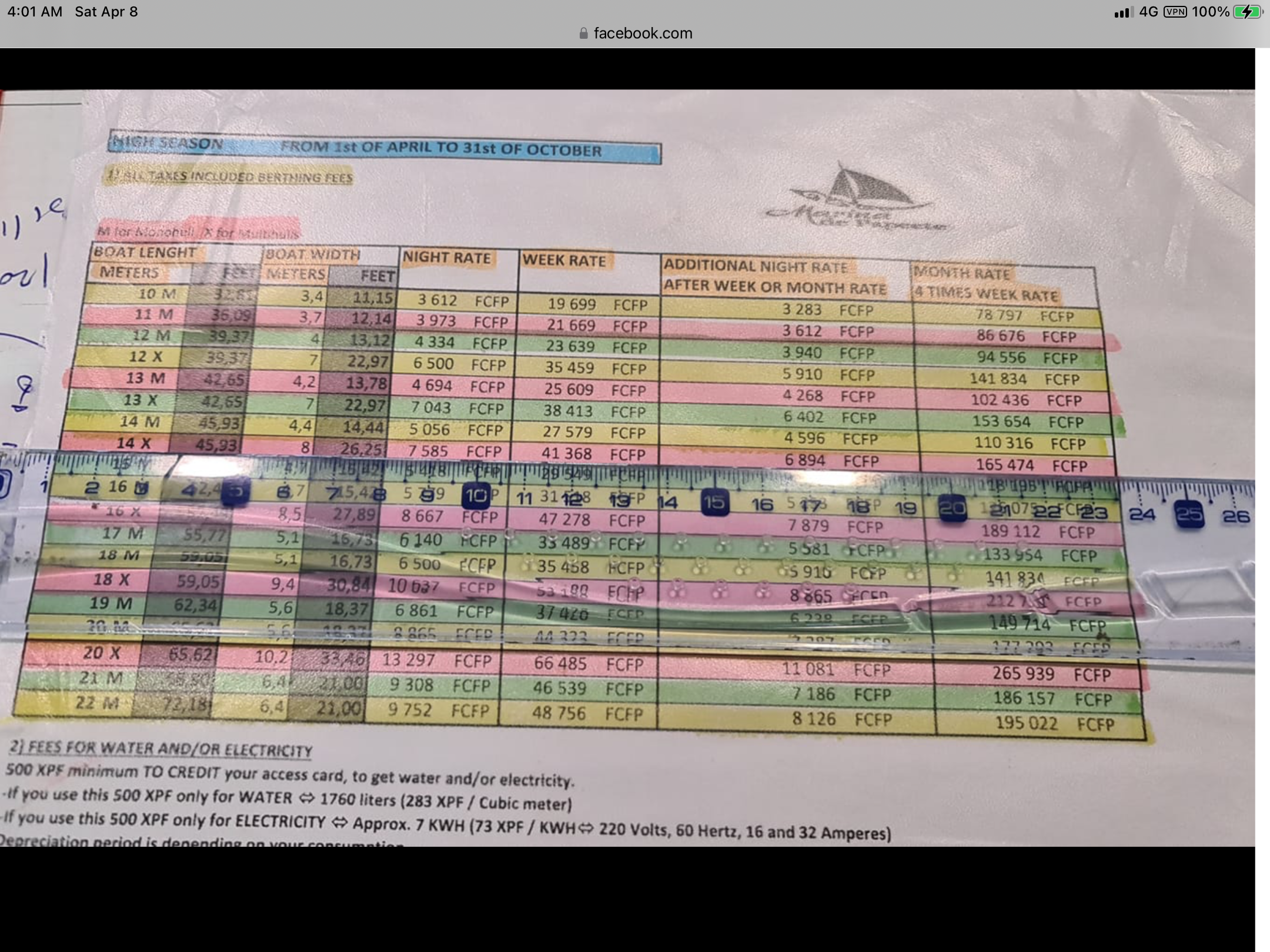